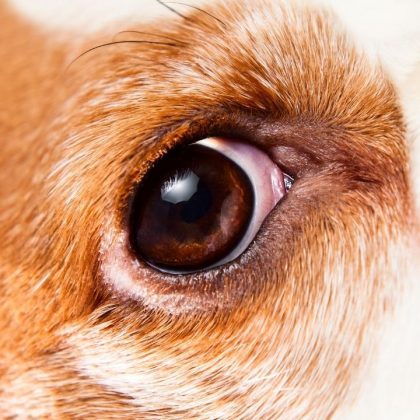 “Our study demonstrated that many confrontational training methods, whether staring down dogs, striking them or intimidating them with physical manipulation does little to correct improper behavior and can elicit aggressive responses.”

Just recently, a fellow trainer was asking on a list about best ways to help a toy breed dog who had been biting. The history presented highlighted that this little dog was physical hurting (had health issues that were painful), did not know a great deal (so had limited options for interacting and responding in good ways), and was being “corrected” for defensive snaps with more serious aggression from the owner.

Despite this trainer’s attempts to help this dog, despite the dog improving in the hands of someone who took the time to teach the dog and stop acting aggressively themselves, this little dog was put to sleep a few days ago by the original owner for “unprovoked aggression.” A heartbreaking outcome of owner aggression and confrontational “training” techniques. (So sorry, CK —)

The U of P study has some interesting highlights:

Go here to read a review of the study , which was published in Applied Animal Behavior science.

Since common sense and empathy for fellow beings are sometimes insufficient to demonstrate the folly of using confrontational techniques (especially with aggression!), perhaps simply proving the point with this study and many others will eventually open people’s eyes.

Sad but true that while we’d resent being trained in a confrontational and abusive way, it remains not only accepted but popularized.

Ask me why I cancelled my National Geographic subscription . . .

In sad memory of a pair of bright eyes that asked for understanding and education, that warned she would not tolerate being attacked in the name of “teaching her” — and for that light now gone out. May her life’s lessons do their work. Rest in peace, little one. You deserved better.