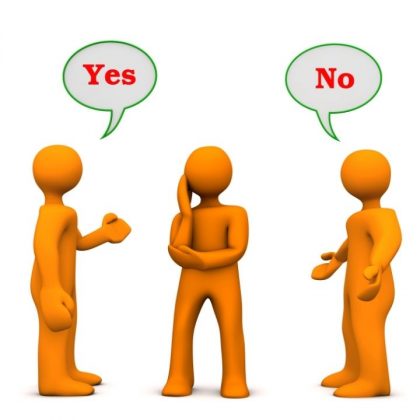 Dominance is, quite simply, the ability to exert influence over another, whether through social agreement, negotiation, intimidation, or outright use of force. If both parties are in full agreement and acting mutually, there is no dominance; status only arises and comes into play when there is a conflict, however mild, between one party’s interests and the other party’s interest.

Dominance is social status, and thus is a highly fluid, dynamic state that is contextual, situational. Social interactions are about what happens between two or more social beings. The world’s most brutal dictator or most benevolent leader is just a man alone when stranded on a desert island. In our every day world, we can see the contextual and situational nature of dominance anywhere we look. For example, the schoolyard bully who forces other kids to hand over their milk money may be “dominant’ in that setting, but take him down to the local police station or put him in the company of high school seniors and you’ll probably see something different.  Those same policemen may be dominant while pulling a speeder over to ticket them, but will kowtow if Secret Service agents show up to clear the way for the President, and those same high school seniors may behave very differently in the presence of sports heroes they admire.

Forget chickens or dogs or wolves or chimpanzees. How dominance is expressed between humans is fascinating. For intriguing reading, read about the “power hum” – a tonality agreement between people, where one person sub-consciously raises or lows the pitch of their vocalizations to match a more dominant person. The hum is just one of the myriad ways that we negotiate our interactions.

I suspect people get frustrated and confused by the concept of dominance because they are looking for a fixed position, instead of evaluating dyads and more complex interactions for what they are:  moments, experiences, many points on a continuum, and changeable from situation to situation depending on mood, the situation, the resources, experience, skill level, health status, etc, etc.

Are there some animals and people who routinely are able to successfully exert their influence over others, regardless of the group they’re placed in?  Of course, just as there are animals and people hard pressed to ever be successful in any group.  (For an interesting look at how an almost always low ranking animal was able to influence an entire troop of chimps when it came to hunting season and his hunting prowess led all other chimps to yield to his direction, read Franz de Waal’s Chimpanzee Politics.)

A close reading of the considerable literature out there on animal and human behavior will provide a better understanding of how dominance is demonstrated in a variety of species.  Generally speaking, the more resource rich the environment, the looser and more flexible/tolerant the social species.  The more restrictions there are in terms of resources or access to them, the more rigid the rules are. For a really amazing account of what happens when you mix animals from a restricted resource/strict hierarchy culture into a much more relaxed and resource rich culture, read Franz de Waal.

Easy example from our own lives – when fuel is plentiful, we can buy all we can (or at least all we can afford, money being another resource which may be limited).  But when there is a water or fuel shortage, very strict rules apply to how much any of us are entitled to access the less available resource.  For those too young to remember, there was a fuel shortage in the early ’80s, so that strict rules were applied to all drivers, and you could only fill your tank on certain days, and there were long lines spent waiting for access to the resource, and violence broke out when people felt their access to the resource was infringed, etc, etc.   History and present day events point to the long standing conflicts swirling around water rights in areas where water is a limited resource.

To my nemusement, I’ve had other trainers very earnestly tell me that they “do not believe in social hierarchies or dominance.” Or they tell me that it is “purely a human construct.” Whether you choose to “believe” or not, all my experience with social animals (two and four legged) tells me it’s very real. If anyone doubts that, I’d invite them to take a small bucket of grain out to feed our herd of 25 cattle. In my experience, these trainers who do not “believe” in dominance are lacking real life experience with groups of social animals. They don’t understand what animals tells us, particularly groups of animals faced with a limited resource or a new member or even just feeding time. These trainers are also not particularly skilled at seeing how social animals interact in a myriad of ways large and small, how conflicts are resolved, prevented or escalated. So much to learn from these animals!

For an experiment that’s possibly safer than sharing a limited resource with hungry cattle, try offering just offer one parking spot near the building, one cup of coffee and one donut, and one sandwich for an entire group of seminar attendees.  Let them all assemble first, then announce the “one only” resources, otherwise luck and timing will favor those who come early, who are not necessarily the most dominant.  (We always tend to forget about timing, luck and other factors that also influence whether or not an animal will be successful.)

Better still, take a look at our own species and how hierarchies are formed by pre-schoolers: Social Dominance in Pre-School Classrooms. Fascinating research by Pelligrini, Roseth et al looks at how 3 year olds learn to navigate the complex waters of social interactions using a variety of strategies ranging from aggression to reconciliation “to establish and maintain social dominance.”

One trainer wrote in an on-line discussion:  “The word [dominance] itself is so vague that I don’t find it useful.”  Each of us has to work to define whatever is so vague as to be not useful, especially if a term is often employed, and especially if the term is inaccurately employed.  In finding such definitions, we inevitably find layers and levels that are critical to our understanding of the concept.  In my opinion, just dismissing a confusing or vague term is not helpful.

The same trainer went on to say, “…until a theory is tested on a species, that species should not be imbued with a particular trait.”  The literature is full of reports on dominance and social hierarchy in dogs. For a starting point, I’d recommend Fuller and Scott’s seminal work, as they do clearly define how they are assessing dominance (particularly in the bone possession test).  I’m hard pressed to see how observations of the realities in interactions among a species equals “imbuing” that species with a particular trait. I don’t have to be an ethologist or behavior expert to notice that if you put one bone down between two dogs, chances are good one of them will maintain possession of said bone to a far greater degree than the other.  Or if you provide one dish of ice cream to two children.

Interestingly, Fuller and Scott also noted that among the 5 breeds they used in their research, there were some significant differences of how dominance was displayed. Shelties, for example, controlled space so that the highest ranking dog had full use of the available space while lower ranking dogs had much more constricted use of the space. The Cocker Spaniels, on the other hand, did not control space at all, and rarely fought among themselves. The Wire Haired Fox Terriers had such fierce hierarchies that at an early age they needed to be separated into male/female pairs or male/female/female triads to prevent damaging fights.

The trainer also complained that application of “pecking order” in chickens was applied to dogs without any test of that model for dominance.  She needed to be much more accurate here, in my opinion.  The problem of taking the work done in chickens and applying it to dogs was not that the notions of social hierarchies and dominance are mistaken.  The problem lies in generalizing to dogs the very rigid “pecking order” that is seen in captive poultry (read: space is a limited resource, thus interactions which might be avoided or minimal become intensified or unavoidable).  Without taking into consideration the key aspects of natural poultry behavior and the resultant conflicts that are inevitable when natural behavior is thwarted, the conclusions reached will be faulty.

With free roaming poultry (chickens and turkeys) such as we have at our farm, there is still social conflict and clear evidence of social hierarchies and dominance disputes between individual pairs of birds, but it is minimized. A bird can choose to go elsewhere to hunt up some fresh grass or bugs rather than have to fight for a place at the only feeders or waterers or nesting boxes available, as captive birds must.  Dominance and social hierarchy becomes evident only when we bring out some treats, like grapes for the turkeys. In reality, the access to special treats is provided to — (wait for it) the first ones to notice! At least until the higher ranking birds notice, and then those birds can and do command a greater share unless we distribute so many that there’s no limit to the resource and/or distribute the treats over such a broad area that no one feels pressured and/or cannot possibly control the whole area.

Research on pigs demonstrates that given sufficient square footage per pig, aggression declines dramatically, because there is enough space for the pigs to avoid encroaching on the personal space of other pigs (a resource for any social animal). Humans get trampled to death by each other at exits to crowded spaces, not open fields.

Put dogs in a very small space and strictly control their resources as was done with the captive birds, and yes, you’re going to see behaviors (or a greater intensity or frequency of behavior) that you may not see among dogs who live with more space and more resources available.  Ask anyone who has worked in a kennel or shelter, or who has many dogs in a relatively small area.  But assuming that a resource rich environment can be assessed using a model based on restricted resource environments and captive populations – there’s the rub, and it rubs both ways.