How Much Does Your Dog’s Cooperation Weigh?

Home / Articles in English / How Much Does Your Dog’s Cooperation Weigh? 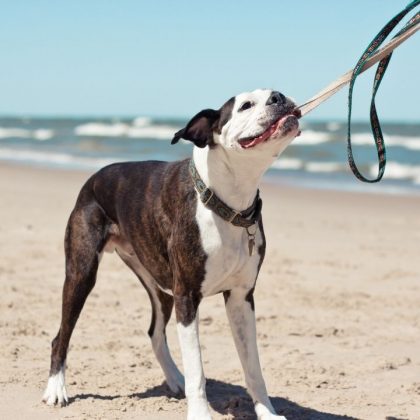 A while ago, I began to realize that clients were constantly telling me how much their dogs weighed, but when they were having a bit of trouble with them. Those who had other concerns (such as canine athlete evaluations, jumping problems, specific training issues, fine tuning performance) rarely if ever told me how much their dogs weighed. After thinking this over for a while, I was ready for the next client who told me how much her dog weighed – in this case, 75 pounds. I asked if she were married, which she was, and then asked, “How much does your husband weigh?” There was a long pause, and then a rather icy “That’s none of your business.”

I reassured her I didn’t care actually how much he weighed, was just curious if he weighed more than she did, which she allowed he did. Then I asked if she had any neighbors, which she did, and again asked how much they weighed. In the deep silence (annoyed silence, I felt sure) I then asked if she worked for someone, and if so, how much did they weigh? And did the dry cleaner she used weigh more than she did? Her mechanic? Her friends?

Now she was just about sputtering in bewildered indignation (and no doubt wondering very much why she’d thought a phone consultation with me was a good idea!), so I let her off the hook: “Do you stop to think about how much another human being weighs when you try to work with them in any way?”

After a moment’s thought, she responded that of course she didn’t need to think about how much other people weighed when she wanted/needed their cooperation. Unless we are in a physical confrontation with someone, our interactions with other humans are mostly about the communication/conversation we have with them, which did not include physical force.

I then asked if she had ever had moments when she had no awareness at all of how much her dog weighed, had had any moments of wonderful lightness when the dog’s eyes are bright and he’s attentive and working with her freely, happily, and not because she was hauling him around or holding him back.

With a smile in her voice, she said she did have those moments, and loved them best of all, and that’s what made it so frustrating to be dragged around by this dog or hanging on to him for dear life at other times. I pointed out that any time she became aware of her dog’s strength & weight, it was a clear signal that the connection was broken, that no training was going on, that she was simply restraining him. When the connection is clear & strong, there’s no sensation of physically fighting or restraining the dog. Regardless of any being’s size, cooperation weighs nothing.

Anytime you’re aware how strong another being is, how much they weigh, it’s probably because they are working against you and not with you. (Unless you are deliberately asking the dog to pull as you might in tracking, agitation work, tug games, or if they sit/lay on top of you, or having to restrain them for a veterinary procedure, etc). Anytime you think, “Heavens, this dog is so strong!” it’s probably time to back up and find a way to reconnect.

A lot of so called “training” equipment is actually “restraining” equipment, and allows the handler to physically hang on to and direct the dog. My goal as an instructor is to develop the connection so that the lead/collar simply becomes a safety device, a backup net if you will for any mistakes that may be made (especially in places where there’s no room for a mistake to be made safely), a nod to local leash laws, and sometimes, a way to deliver soft signals of guidance. Training is not about the equipment – it’s about the connection, the relationship, the cooperation.

The dog’s willing cooperation weighs nothing. It is those moments of connection that we find the “unbearable lightness of being” – then it becomes a dance of two minds, two hearts, and not a physical contest.