Learning to Listen by Cindy Knowlton 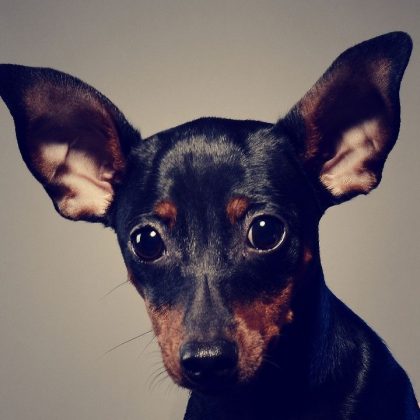 This is a guest post, from trainer Cindy Knowlton, owner of See Spot Grin in Maryland. Click here for other great work from Cindy.

About a month ago, I brought my German Shepherd puppy Seger home. Prior to his arrival I spent a good chunk of time puppy proofing the house, and thinking about all the enrichment I could provide him in the way of toys and obstacles. I registered for puppy class, ordered an ID tag for his collar, scheduled his first vet visit and planned out his socialization schedule. I was ready.

There was no one more committed and capable of giving him all the good, solid experiences he needed to be a productive canine citizen than his amazing breeder, Suzanne Clothier. Seger came to me with a very full toolbox of life skills to transition him into his new world and beyond.  And boy, was that transition smooth. I was equally committed to providing him all the additional experience I could to help him sort his world with confidence and curiosity.

We were out and about almost daily to new locations, taking in what was happening there.  We’d walk in, he’d follow me on a loose leash and occasionally he’d stop for a moment. It only took a toy or a treat to encourage him along. And sometimes he’d bark. Often.

I quickly set my sights on what needed to happen to preempt Seger’s barking, which meant that I needed to become more aware of the behavioral shifts that occurred before the barking started. With great care and consideration I became more thoughtful about how we entered a new space so I could watch for the slightest shift in behavior.  And soon I realized that it actually wasn’t such a subtle shift at all.  We’d walk along, and the moment Seger needed to process information he’d stop and sit.

Turns out that he had been doing it all along and I wasn’t listening. Instead of giving him the space and time to process I was pressuring and rushing him through that transition with toys and treats, which would push him beyond his headlights and cause him to… BARK!

From that day forward I focused on listening to him.  If he stopped moving I would, too, giving him all the time he needed to process and only move along when he decided he was ready.  No big surprise that the barking has almost stopped altogether since then. Bonus: he now looks at me when he’s ready to sit, as it to let me know it’s coming.

Understanding that barking is simply a side effect of arousal, it soon got on my radar. Someday that cute little goofy eared puppy of mine would become a handsome but intimidating 100 lbs adult German Shepherd, and that his barking, along with his prick ears, would not be taken well.  His breeder reported that Seger seemed to have been the ringleader of his litter mates – a mob of 10 little puppy police officers packing their big mouths as weapons. He’d sound the alarm and all the other puppies would follow suit, which of course was nicely reinforcing for him.

Another challenging part of bringing a new puppy home is learning their daily routine, including their sleep schedule. As many puppies do, Seger experienced what we began calling the witching hour, which happens just before he crashes for the night. It very much resembled releasing a balloon while letting out the air.  He’d ricochet around the room like a little mad man, grabbing and throwing toys and crashing into whatever got in his way.  It could go on for several minutes but when it was done he was fast asleep in about thirty seconds.

It was amusing the first night. And by the second night my sensibilities kicked in. “Don’t let him practice the behaviors you don’t want.” Out of control, unproductive arousal was definitely not something I wanted him to get much experience practicing. I prepared myself on the third night and waiting for the witching hour. And when I could finally catch the whirling dervish I calmly picked him up, put him in my lap, held him firmly with my hands on his shoulders and slowed my breathing. I talked to him quietly and softly, at which point he almost immediately melted and fell asleep.

I prepared myself for a repeat the following night, but this time as he began winding up and started flinging himself around he hesitated for a moment, then ran to me climbed in my lap. I put my hands on his shoulders, slowed my breathing, and he fell asleep.  That followed for the next several nights in a row. Now he transitions into sleep without the chaos most nights, but on nights when the witching hour kicks in he’s quick to find me so I can help him get where he wants to be.

Recently, while in my classroom, he was surprised when someone walked in unexpectedly.  Unfortunately the barking ensued but was completely ignored by the “intruder.”  More barking ensued as she continued to approach me. I watched him and was trying to do my best to manage the situation when all of a sudden he stopped barking, came over to me, leaned his shoulder into my hand and looked into my eyes in the same way that he does when he wants help to through the witching hour. I followed his lead in the same manner that has become our routine, and felt the familiar softening and settling into my hands. He could have continued barking, but chose to come to me for support instead.

I love that he’s learning to differentiate between productive and unproductive arousal at 13 weeks of age and recognizes which one makes him feel balanced. But what I love even more is that he looks to me to make it so. Just another addition to his toolbox for life that will help guide our relationship through adolescence and far beyond.

And to think that all I did was listen.