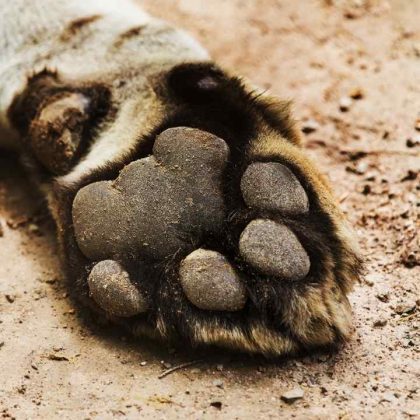 Math was never one of my favorite subjects. Not particularly interested in the relative speeds of trains traveling east or west or even upside down, I discovered more joy in math later in life when it gave me the answers I sought in trying to work out proper dosages or feed rations or how many board feet a stall wall would require. In other words, as soon as math involved animals, it had value for my life.

While others may find it alarming to contemplate the billions and trillions our government is throwing around, it turns out that my own private maths can cause an equally overwhelming feeling of “this is too much to bear.” For example, in one nightmarish moment when we had a litter of 12 pups plus our 10 adult dogs, I calculated how many nails I had clipped that day: 374 (no missing toes, just no dewclaws on one dog, no need to clip back feet on another, and one reluctant participant who allowed only a couple to be clipped that day). And I nicked only 4. That is 99% perfection. 1% failure rate.

But I digress: the point was that the sheer number of toes that needed to be dealt with rocked me back on my heels. The only sane response, of course, was to decide to give up clipping my own toenails, which would only bring the total higher.

In the interest of helping others avoid the sleepless moments I’ve had due to the use of math in combination with animals, I offer these tips:

1. Count sheep if you must. But not if you actually own any. Friends I know who have real sheep report that if they try to count real sheep, they end up unable to sleep, and usually completely awake, at their computer, researching the pedigree on that promising young ewe and calculating inbreeding co-efficients if they breed her to that ram five states away. If I try counting cattle, I end up far from embracing Morpheus but instead end up working through complicated equations involving vaccinations, estimating wormer dosages and yield per ton per acre of pasture. Hardly sleep inducing.

2. Avoid adding up feed bills. Likewise for veterinary bills. The cumulative weight of feed and vet bills is actually a number that mathematicians have no name for, but trust me: whatever you call it, it is a unit of measure that is far more than the sum of its parts, as it contains within it not only the money actually spent but also the clothes, furniture, jewelry, vacations, luxuries and new cars that it replaces. Some folks go to Maui. I take care of the bills for those who meow (and bark, squawk, whinny, moo, squeal, etc.)

3. When mud season arrives, do not count feet. Do not attempt to resolve this math problem: If two humans, 11 dogs, and 2 calves (you read that right) enter and exit the house at least 8x per day, how many muddy footprints will cross the threshholds? I tell you, the answer will keep you awake a long time. Really . . . that’s 56 feet/paws minimum, and if we count each exit as also requiring a re-entry, that’s 56 x 2 x 8 = 896 muddy pawprints. That’s just if we stepped out into the mud and returned to stand still. I’ve calculated this further that it takes at least 6 steps (another 24 per animal, 12 per human) for the carried-in mud to be mostly wiped off. So for each trip in/out, that’s close to 2600 muddy pawprints for the day. Forget about extra trips in and out to bark at the UPS man and such. This does not count the tonnage of mud carried on bellies (animals only; John and I try to keep our bellies clean).

I’ll tell you what eases me back into sleep: the realization that the homes I visit that are neat, clean, that have floors you could eat off are operating under much different equations. Algebraic formulas are not required to contemplate what comes and goes over their floors. These earnest folks tell me that it’s really quite simple: I just need to wipe off the dogs’ paws each time they come in, and voila! problem solved, rugs clean, etc. I silently choke back my laughter.

And I assume they failed math.