Pushing Past and Unrealistic Expectations 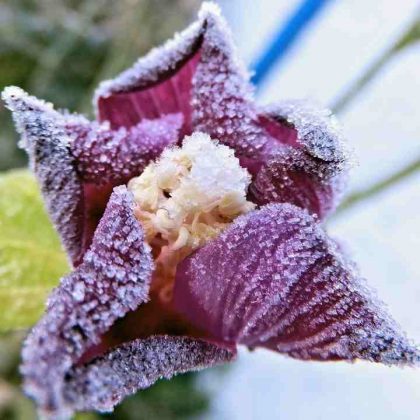 Spring has truly sprung here. The resident woodcocks are back, winging their way around the farm in relentless circling flights, making the noise that long ago led me to dub the male Curly, as he sounds just like Curly from the 3 Stooges (wah, wah, wah, wah, wah…) The frogs & toads are singing their hearts out every night, a glorious chorus that blankets the marsh areas with a thrill of sounds. And a few days ago, my heart went a-flutter with delight as the season’s first barn swallow swooped past, more agile and splendid in flight than even the best of man’s efforts to take wing ourselves.

But the lesson of the day lies in the plants. Unwilling to restrain myself, I had purchased some broccoli plants, and unusual annual flowers from a favorite greenhouse nearby. To be sure, my delusional state was aided and abetted by the warm, sunny day on which my friend Wendy and I shopped, eyeing the nascent tomatoes and luscious peonies, assessed the lillies (what color would the tagless ones be?), and muttered about the fussiness of roses despite their charm and fragrance.

In my mind’s eye, the plants I purchased were already planted, watered, fed and well established even as I lifted them into the car. The broccoli was damn near ready to pick and eat by time I drove home. Such is the nature of fantasies.

Reality is that the weather is not quite right just yet. We’ve had several nights of frost just recently. These plants cannot be planted for the most part, but sit in their starter pots, brought out every mid-morning by my husband & fellow gardener John, and put away again in a protected place each evening. The broccoli has been planted, but still tender, unable to bear a heavy frost, those plants have needed protection on cold nights, another chore for John. While he’s well accustomed to my flights of fancy leading to getting the cart ahead of the horse at times, he also understands the lure of sun warmed soil in his hands, the visions induced by those infernal seed catalogs, and the ease of fantasty versus the sweat, time and money that has to be poured into reality.

Having chosen to push past the reality of the season, having opted to not wait till all would be easy and safe, we laid several new burdens on the daily plate, to protect these little beings from a life they cannot currently survive without our help. Maybe it’s a form of being responsibly unrealistic or accountably impatient.

All of this came home hard to me while dealing with a client who had (to my mind) wildly unrealistic expectations for the family dog. The dog was being given way too much freedom, was making very bad (and somewhat dangerous) decisions, and yet the client persisted in believing that all was pretty much well except for one specific behavior that should be adjusted — with no understanding that the one specific behavior was just one tip of a multi-tipped iceberg.

In thinking things over, I kept asking myself, “Why do people have such unrealistic expectations for their dogs?” Watching John walk out to the garden to cover the broccoli plants for the 3rd night in a row, I realized there were many reasons for unrealistic choices – hopeful fantasies, lack of knowledge of what it really takes for things to go right, and what can go wrong when the situation is not well suited for all to thrive and grow. The only difference between the unreaslistic dog owners and myself as an unrealistic gardener wanting to jump the season is this: a willingness to be responsible to and accountable for pushing past the season’s edge, for bringing home plants ill-suited to the moment, for creating the need to attend to yet another living being’s needs.

However it is that we push past a reality, we are obligated to embrace the new reality created in the wake of that choice. With dogs (and other animals), I often see people pushing past. They adopt the fearful dog who lived tied to a tree — and then expect to take long, relaxed walks in town and to be able to turn their terrified undersocialized pet loose at the local dog park to “have fun.” They rescue the dog from a puppy mill, their fantasy being that this will make a great therapy dog at the local nursing home, when in reality, the dog finds being touched by strangers abhorrent, and something to be endured, not enjoyed. They have a dog who doesn’t enjoy crowds or strange dogs or the pressure of repetitive training — and yet wish to finish the dog’s championship or get just “one more Q” or acquire just “one more title.”

Might be that with time, the season will be right for all that. Might also be a case of trying to grow tomatoes at the Arctic circle on permafrost.

Push past if you wish. But just remember to protect the tender from the frost till the season is right.