SWIFT RETURN – Your Dog is Lost? What to do! (Guest post) 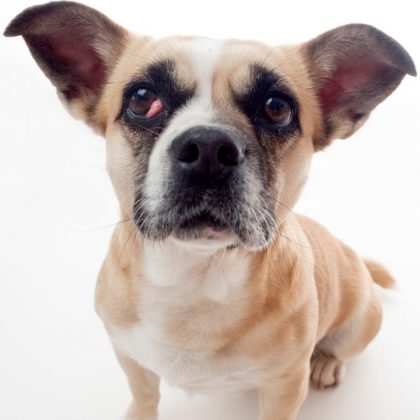 Way back in the early 90s, on a snowy day in January, two of my dogs got out of our yard and disappeared into the rural countryside. When one dog, Valinor, returned, we were able to follow her tracks back to a spot about a mile away where we could also see the pawprints of the other dog — a 6 month old puppy named Carson. Inexplicably, though Vali had headed for home, the puppy had taken off in another direction altogether. We followed those tracks until they evaporated on the snow-less, frozen ground of a huge corn field.

For a full week, we searched for our puppy on foot, by car, with helpers, with and without other dogs. We sat and howled at night knowing that our voices would carry across the little valley (coyotes and neighboring coonhounds had taught us that!). We called and whistled and howled, and nothing. I cried a lot.

January in rural western New Jersey is not a good time to lose any dog, never mind a 6 month old puppy. We posted notices within 20 miles — and eventually, that is what brought Carson home to us. A woman who lived several miles as the crow flies from our home saw the LOST poster, and connected the picture of our happy puppy to the scared, fearful, growling “feral dog” that had been in their barn loft for a few days. Her husband had promised to shoot the feral dog that afternoon, fearing rabies.

This is a time before cell phones, so she could only dash home from the supermarket and pray that he had not kept his promise. Being a dog lover, he just could not bring himself to shoot a dog without taking other steps, and had waited.  He could never know what that delayed bullet meant for countless people for decades long past that moment. Carson grew up to be an outstanding mother of some amazing German Shepherds who changed people’s lives as beloved companions, Search & Rescue dogs, therapy dogs, guide dog breeding stock, competition dogs, children’s best friends, and as producers of other amazing GSDs. Her descendants are laying here at my feet as I write, many generations later.

Losing a dog is scary. I’ve lived through it twice now. Carson was gone for a week. Her father had once disappeared for 10 days. Back then, in pre-internet days, before cell phones, before micro-chips, it was heartrending, heart-wrenching work to try to reach everyone who might have seen our dogs. In both cases, I was so lucky to get my dogs back a bit thinner, but none the worse for their mis-adventure. Others I know have not been so lucky.

My good friend Cindy Knowlton has an updated take on losing a dog. Thanks to her (too clever?) dog Swift, Cindy learned first hand what to do when a dog is lost.